Mailing to a list that you/your company didn’t produce is sorta frowned upon but, it’s pretty common. Folks that use an ESP have to be very careful about not getting kicked off it and if you’re doing all the work of setting up your own hosting and IPs you don’t want to blow it all up with one send.

So let’s look at how to mail to an outside list properly.

Another way to say that is —to reduce your chances of simply shovelling your cash out the window when sending to a purchased list or one that is totally new to you— try the following: 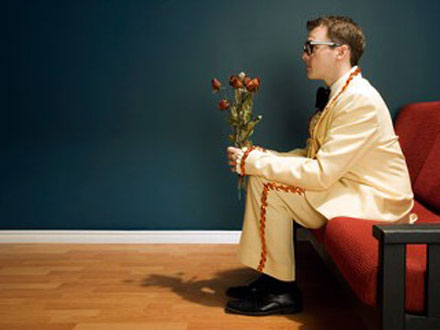 Clean the list….or if you’re not into that, just plan on kissing your IP block goodbye.

There are a bazillion and half list cleaning services out there. Use one, or two or even three. None of them is THE best. They each have their strengths. They can save you a world of hurt when it comes to hard bounces and spam traps.

If you don’t believe in them, then get ready to burn some bridges. You’re either going to anger your ESP or if you’re using a Volo type platform, you’re going to incur the wrath of your hosting company. Guaranteed. C’est la vie. But if list cleaning costs more than a /24 it might be worth it for you.

Even if you do clean the list, you’re better off NOT sending from your best IPs. Those babies are golden.

Since you don’t have intimate knowledge of this list, then try to get to know it by sending the most universally compelling offer or version of your offer that you possibly can. Take it slow. This is not the time to experiment with new, exciting creative ideas. Trot out the old reliable ones. Tried and true.

Affiliate marketing has a loose relationship with the word “brand.” But try to pick something that is “branded” meaning there’s a ton of infomercials about it, or it’s something that a Judge Judy viewer would be interested in. And if you don’t have anything like that –no worries, just make sure the offer has a decent, old school sales hook with a strong call-to-action.

And there’s always Adstation from Adknowledge. The technology is actually pretty smart and may know more about your list than you. Volo has an easy Adstation API that will get you rolling quickly.

Understand that this is gonna be brutal.

Sending to a list you generate is hard enough so sending to an outsider list is sure to be nerve racking. Just know that ahead of time and get the most out it as possible. Analyze everything that happens. If you chose to burn down an IP block ask yourself it that was  really more cost effective than hiring a list cleaning service? What subject lines/creatives worked best? If you’re not yet specializing in one or two TLDs (Top Level Domains a.k.a, Hotmail, AOL, Yahoo, Gmail etc.) did anyone of them respond better than the others?

When you’re using an email platform, like VoloMP (ehhmm), rather than a traditional ESP, you have more room to experiment. You don’t have to be afraid of your own shadow. You run the show! Of course that also means if you crash and burn, it’s all on you as well. But at least you have the freedom to see if mailing to an outside list can work for you without the ESP police coming in and shamming you –which they have good reason to since you’re on a shared IP.

I’m just saying, mailing on a totally cold list which most likely has been mailed to many times over (maybe not but, just expect that) is risky. So go into it like you would a blind date –it’s probably gonna suck but you might get lucky.